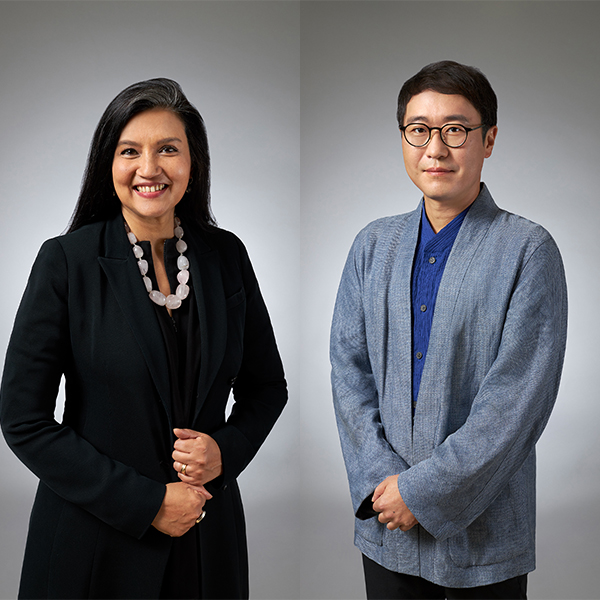 It’s been over a decade since the idea of a museum in Hong Kong’s
West Kowloon Cultural District was proposed. Raffel has occupied the institution’s director positions since 2016; Chong has been chief curator since 2013 (one year after Swiss collector Uli Sigg donated 1,463 works of Chinese contemporary art). In November their vast and much-delayed museum finally opened, with six shows, including historical surveys (Individuals, Networks, Expressions looks at postwar art from an Asian perspective; Hong Kong: Here and Beyond provides an overview of local production from the 1960s onwards) and a solo exhibition for Antony Gormley. It wasn’t all plain sailing: the museum has had to cope with the potential impact of the new National Security Law (removing the images of two works by Ai Weiwei from its website). Nevertheless, with the opening of the museum comes the opportunity to expand global art discourse in a way that offers greater visibility to Asian perspectives and allows the institution to present the cultural contexts of Asian art in greater depth.

Machines, Miniatures and Mushrooms: Exhibitions to See in Singapore

Can We Imagine Public Art Beyond ‘Toxic Monumentality’?

Artists are reclaiming monument-making as a collective, rather than a ‘monohumanist’, project

Laura Buckley, known for her installations of light and sound, 1977–2022

The artist creates illusions of the natural world: what happens when what is concealed beneath the artifice is eventually revealed?

Do Museums Have a Neutrality Problem?

‘This isn’t really a demand for a revolution of the cultural institution, only a reshuffle of its senior management.’ On Laura Raicovich’s ‘Culture Strike’.

Khanyisile Mbongwa to curate the Liverpool Biennial in 2023

The Cape Town-based curator, artist and sociologist’s recent credentials include acting as chief curator for the Stellenbosch Triennale in 2020

Artists for the next Whitney Biennial announced

The biennial has long been a focus point of controversy, often surrounding issues of race and gender

Next Lyon Biennale to tackle ‘Fragility’

The Swiss art fair will stage a new edition in Paris