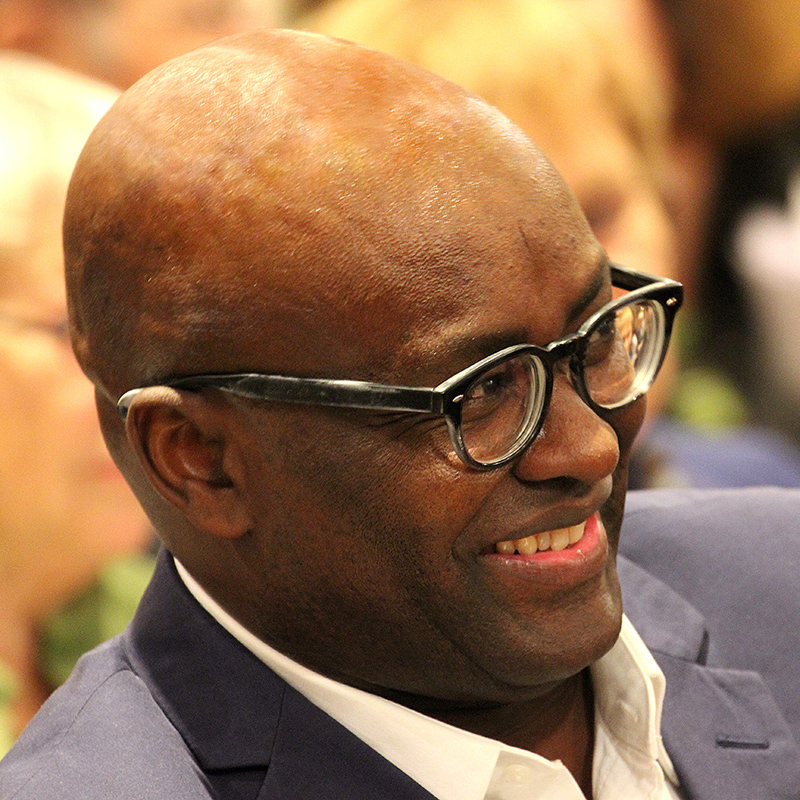 Philosopher Mbembe continues to be an intellectual point of reference not only for artists and curators concerned with the colonial past and postcolonial future of Africa, but heads of state too: last year, the Cameroonian thinker was charged by France’s president Emmanuel Macron to come up with a report on how to radically rethink relations between the former colonial power and African countries, on a more mutual and equitable basis. Several months of ‘dialogues’ involved cultural figures from Africa and the African diaspora, including Zeitz MOCAA’s Koyo Kouoh and architect David Adjaye, pointing to Mbembe’s ability to network politics and culture on a continental scale. Mbembe’s report, presented in October 2021, proposed a swathe of initiatives including the just-launched Innovation Foundation for Democracy in Johannesburg, and plans for a major new multidisciplinary arts and cultural organisation in France, centred on Africa and the diaspora.