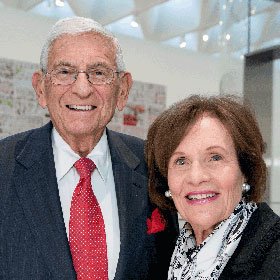 The Broads have long been the couple in West Coast philanthropy, with major donations to the arts, education and scientific research. Their private museum, The Broad, in downtown Los Angeles, is one of the most important such institutions in the US, and while the couple have not historically been so adventurous in the nature of their acquisitions, they make up for this conservatism in sheer dollar spend. Their holdings include works by Jean-Michel Basquiat, Jasper Johns, Jeff Koons, Yayoi Kusama and Andy Warhol, and they estimate they’ve made 8,500 loans to over 500 institutions around the world in their lifetimes. This year The Broad was bolder, making a statement by staging a new retrospective of Shirin Neshat. While highly decorated, the Iranian artist has never had a show on such a scale – opening in October, this vast survey includes approximately 230 photographs and eight videoworks – so the Broads can be credited with offering a corrective.