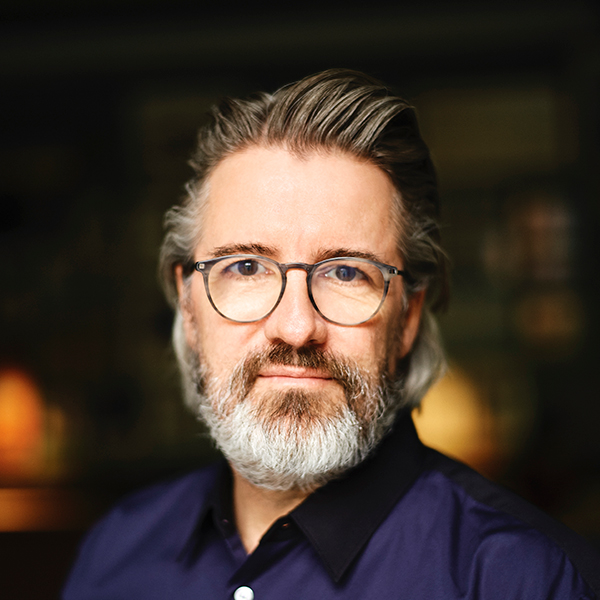 Being dubbed ‘the Bob Ross of light art meets climate change’ by Artnet
is a backhanded compliment, but like the late American TV personality, Eliasson has enormous appeal. His big hits might be behind him (for now at least), but the voracious mingling of art, architecture, ecology and new technology continues unabated. A solo exhibition at Palazzo Strozzi in Florence, which featured old classics as well as new commissions (including Under the Weather, 2022, a huge elliptical patterned screen hanging above the building’s courtyard that changes as the viewer moves about), was also a chance to launch a trippy ever-changing colour-field virtual-reality NFT (commissioned by Beeple collector Metakovan). The artist’s aim – whether he’s producing gallery shows (in Seoul, Madrid, Los Angeles), institutional exhibitions (additional solos at Castello di Rivoli and Munich’s Pinakothek), largescale outdoor commissions (for a Californian winery, or in the Qatari desert) or magazine covers (produced for Time ahead of COP27) – is to make the viewer acutely aware of their – and the – environment.