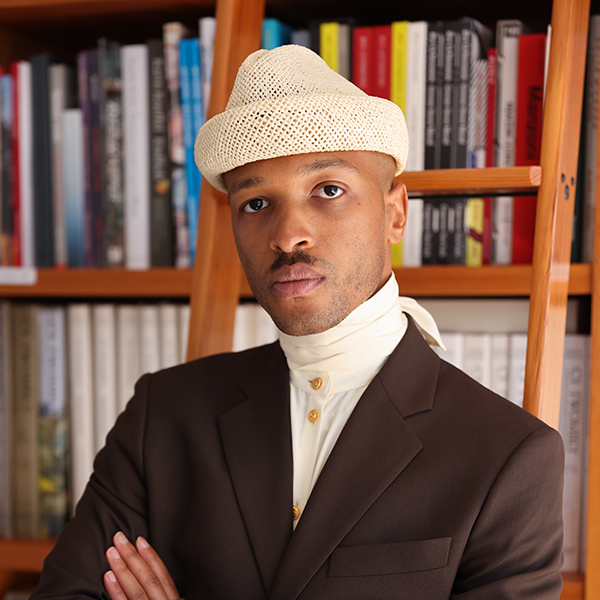 Not many art critics get to steer the discourse, but Sargent isn’t just any critic. A prodigious advocate for Black artists and creatives – see his 2019 book The New Black Vanguard: Photography Between Art and Fashion; Young, Gifted and Black: A New Generation of Artists (2020), which he edited; and his highly popular Instagram account – he’s been a significant force in galleries representing and spotlighting artists of colour. So it was shrewd of Gagosian to make him a director this year, and given the gallery’s abundant resources, Sargent wasted no time in realising his exhibition-making ambitions. Social Works, his debut show at the gallery’s 24th Street space, brought together a dozen Black artists whose work engages directly with their communities, and incorporated projects ranging from Linda Goode Bryant’s functional urban farm to David Adjaye’s first largescale sculpture. While some observers worry that the artworld’s deeply belated embrace of artists of colour is a fad, figures like Sargent – razor-sharp, committed, media-savvy – will ensure it isn’t.

Machines, Miniatures and Mushrooms: Exhibitions to See in Singapore

Can We Imagine Public Art Beyond ‘Toxic Monumentality’?

Artists are reclaiming monument-making as a collective, rather than a ‘monohumanist’, project

Laura Buckley, known for her installations of light and sound, 1977–2022

The artist creates illusions of the natural world: what happens when what is concealed beneath the artifice is eventually revealed?

Do Museums Have a Neutrality Problem?

‘This isn’t really a demand for a revolution of the cultural institution, only a reshuffle of its senior management.’ On Laura Raicovich’s ‘Culture Strike’.

Khanyisile Mbongwa to curate the Liverpool Biennial in 2023

The Cape Town-based curator, artist and sociologist’s recent credentials include acting as chief curator for the Stellenbosch Triennale in 2020

Artists for the next Whitney Biennial announced

The biennial has long been a focus point of controversy, often surrounding issues of race and gender

Next Lyon Biennale to tackle ‘Fragility’

The Swiss art fair will stage a new edition in Paris