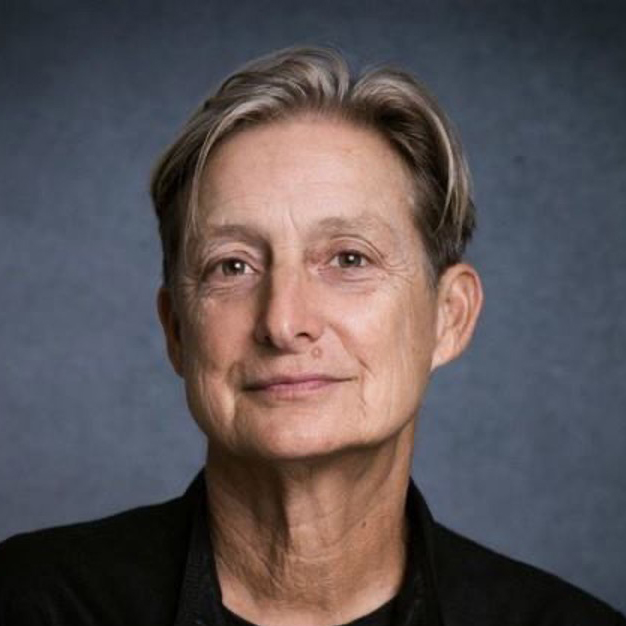 The theorist’s decades-long attention to the performativity of identity has been an enduring presence in radical artists’ work. With queer and trans practices increasingly a requirement for museum programmes and at biennials, Butler’s name is being cited in press releases and curatorial statements globally. Her more recent work has focused on protest and nonviolence, including support for pro-Palestine movements. But it is for her views on gender that she is most sought-after: this year she has been particularly vocal in backing trans rights (rejecting the position taken by most ‘gender critical’ feminists), flatly pronouncing to The Guardian, ‘We need to rethink the category of woman’. Yet for Butler trans liberation is not really a question of bodies and labels, but part of a fight for human and nonhuman freedom. As she stated in a recent discussion with Mel Y. Chen around the exhibition New Time: Art and Feminisms in the 21st Century, at BAMPFA in Berkeley: the “pandemic time has moved the human off its axis”.