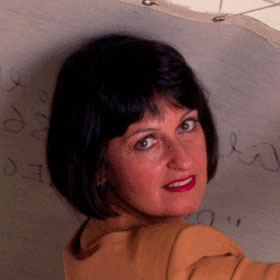 Strina has been in the game for 45 years, so isn’t easily fazed. Which is good, because what with Brazil’s political situation and the fact that a third edition of her boutique art fair did not materialise this year, she has had a lot to take in her stride. More positively, she had her work cut out with the many museum shows for the artists represented by her São Paulo-based gallery. In September the largest show of Cildo Meireles’s work ever staged in Latin America took over the galleries of Sesc Pompeia, showing the artist at both his most spectacular and subtly political. The six-decade survey of Anna Maria Maiolino’s work at the Whitechapel Gallery in London (complemented by a show back home in Strina’s Jardins space) was similarly comprehensive. Leonor Antunes, another of her artists to have a stellar year, represented Portugal at the Venice Biennale and won the Zurich Art Prize 2019.

Look but Don’t Touch: A Guide to Naked Art History

The international police organisation’s ID-Art allows users to upload images of artworks, to check against a database of stolen pieces

Turner Prize-nominated collective hits out at Tate: ‘We are being instrumentalised’

‘See/Saw’ offers reflections on reading and writing about photography

Cornelia Baltes Shows Us How To Play Among Paintings

By setting up ‘conversations’ between pictorial elements, Baltes questions where a painting might end, or not end

Bennani’s response to lockdown has been to expand her exploration of ‘the CAPS’, a speculative island space located somewhere in the Atlantic...