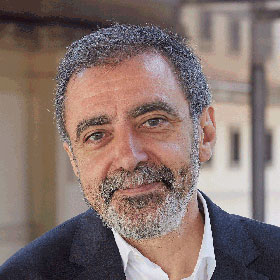 Last year, Borja-Villel renewed his contract at the Reina Sofía for another five years – to add to the decade he’s spent there already. Under his tenure the Madrid museum has developed an exhibition programme out of step with the blockbuster fare pumped out by its equivalents across the world. This year, that pattern continued with shows by conceptualist Luis Camnitzer, purveyor of weird pop H.C. Westermann and surrealist Tetsuya Ishida. While the programme pays scant regard to gender balance – completing the calendar were Mario Merz, Charles Ray, David Wojnarowicz, Richard Serra and, thankfully, Swiss artist Miriam Cahn – it is certainly intellectual. While Borja-Villel lost deputy director João Fernandes to São Paulo’s Instituto Moreira Salles, he gained $300,000 to collect Latin American art from Miami-based property developer Jorge M. Pérez, along with $200,000 to spend on artists from Spain and 50 works by Spanish artists from Pérez’s personal collection.