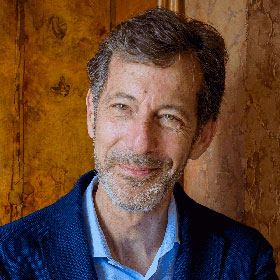 Curator - Director of Hayward Gallery and curator of Venice Biennale 2019

The California-born naturalised Brit made two significant gestures with his Venice Biennale, slimming the number of artists down to 83 (from 120 in 2017) and asking each of them to present works in both the Arsenale and Giardini. May You Live in Interesting Times was too Western-centric for some – almost a third of the artists were based in the US – but the overall critical consensus was a pretty solid ‘B’. ‘Intermittent bursts of urgency and the occasional surprise’ was the verdict of Adrian Searle in The Guardian, while Jason Farago admired the artist list in The New York Times but felt that Rugoff had nonetheless played it ‘safe’. Meanwhile, Zoé Whitley joined Rugoff’s Hayward Gallery from the Tate (and fresh off curating the British Pavilion at this year’s Venice Biennale). Whatever the critics thought of Venice, Rugo can count on one fan: in June, he was awarded an OBE by the Queen.

Podcast: Klein on the Sound of Childhood

When Critics Use ‘I’

Or why the first-person exhibition review hit the mainstream

Kee Hong will take up the role in April, before which he will see out his term as Head of Theatre, Performing Arts with Hong Kong’s West Kowloon Cultural District

Garima Gupta: the Museumification of Minerals

In Search of Thailand’s ‘Squid Game’

There’s no shortage of new Thai soap operas making the leap to blockbuster streaming platforms, but how many can break through the conservatively tapered social lens of the TV industry?

Zdenka Badovinac and Clare Lilley will head the respective institutions