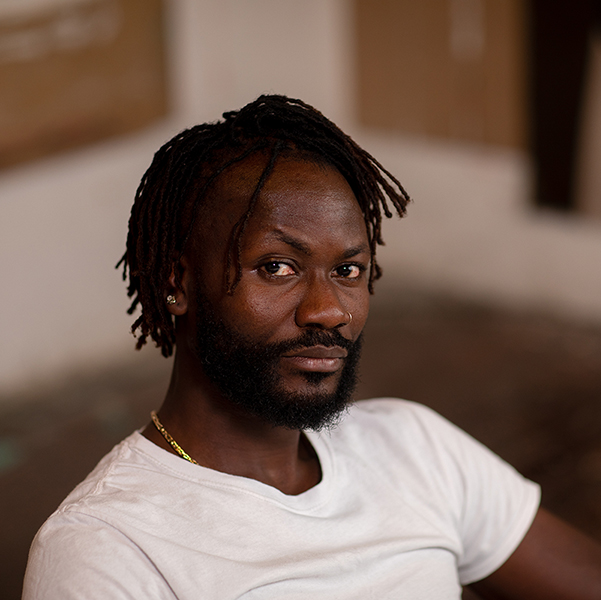 Artist - Meteoric-rise artist showing his work both in outer space and on earth, while creating an artist hub in Accra

Boafo’s career trajectory has been stratospheric. Literally: in July he
was commissioned by Uplift Aerospace to paint the exterior of a rocket (built by the Jeff Bezos-owned company Blue Origin) that launched into space in August. Success for the artist, whose portraits are usually painted directly with his fingers, has been double-edged though, as his work has been targeted by speculative collectors looking to flip it for a quick buck. Having received a debut institutional solo show at San Francisco’s Museum of the African Diaspora, the artist himself is nonetheless determined to build his career on less mercantile foundations. At home in Accra he has expanded his own studio to include several neighbouring spaces, which other emerging artists can use for free. ‘The vision is to provide a safe space where artists can come together, practice, collaborate, experiment, and also learn to express their art in the purest of ways,’ Boafo told Artnet. ‘The art scene in Ghana has always been about collaborations and coexistence.’