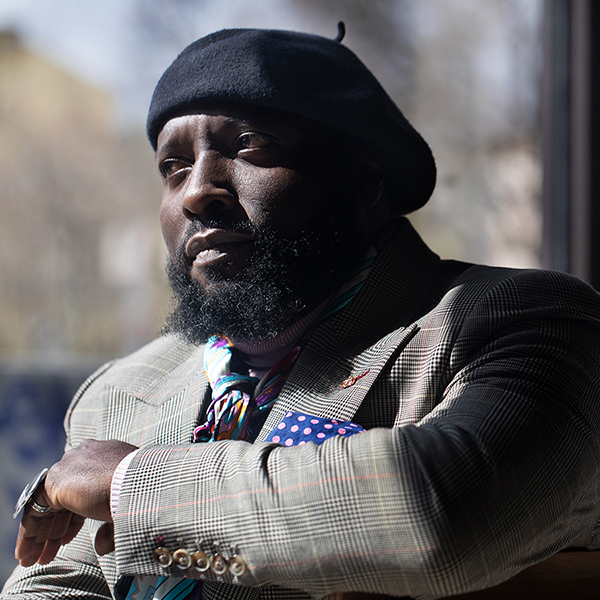 ‘Power is a recurrent theme in my work… what space do you or I use to deliberate these things?’ The curator will soon have more room to talk about the issues that have long preoccupied him: economics, race, postcolonialism, care. In June it was announced that, come 2023, he will direct the Haus der Kulturen der Welt in Berlin. While he waits for his desk at the Tiergarten institution, however, Ndikung was preoccupied with Force Times Distance: On Labour and its Sonic Ecologies, the 12th iteration of the Dutch quadrennial Sonsbeek, for which the curator invited artists including Olu Oguibe, Lawrence Abu Hamdan, Ellen Gallagher and Ibrahim Mahama to contribute art around the idea of work. There’s Savvy Contemporary to consider too, the busy ‘art space, discursive platform, eating and drinking spot, njangi house, space for conviviality’ that Ndikung founded in 2009 to foster dialogue between artists in the Global South and Europe.