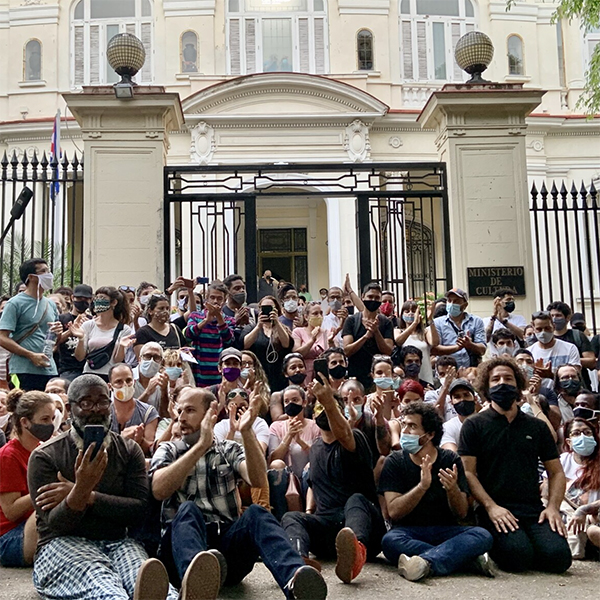 ‘July 11 marked a before and after in Cuba’s history,’ Claudia Genlui,
a cofounder of the San Isidro movement, told Vice after protests caught the island’s autocratic government by surprise. Formed in 2018 by a group of artists and intellectuals in response to increasing crackdown on artistic freedom, San Isidro now numbers some 300 supporters many of whose lives are a game of cat-and-mouse with the state security forces: the performance artist Luis Manuel Otero Alcántara has been in and out of jail, and this year went on hunger strike; in November artist Yunior García Aguilera was forced into exile and art historian Carolina Barrero arrested. Yet the resistance is strong, as attests the formation in 2020 of another network of artists and journalists, the 27N collective: while their leader, Hamlet Lavastida, was jailed this year for three months, the group issued a blistering manifesto for e-flux in April and has been spreading the message through art and performance as much as street protest.