Most influential people in 2014 in the contemporary artworld 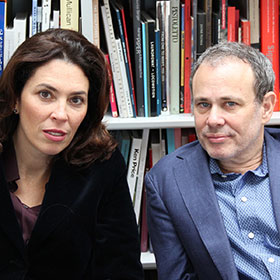 Amy Cappellazzo, who regularly appeared on this list as Christie’s chairman of postwar and contemporary development, left the auction house this year to team up with adviser sans pareil, Allan Schwartzman. His is the curatorial vision that transformed Bernardo Paz’s Inhotim from Fitzcarraldo fantasy to major institution and guided Howard Rachofsky in building his collection of postwar Italian and Japanese art, now promised to the Dallas Museum of Art. Called the most creditable person in the artworld by a colleague – he works on retainer rather than the standard 10-percent commission – his client roster also includes Nicolas Berggruen and Penny Pritzker, among others. Cappellazzo brings her own Rolodex to Schwartzman’s already extraordinary level of access. Their joint venture, Art Agency, Partners, aims, in her words, to build an empire, by developing a new business model combining curatorial and financial expertise.

Mohamed Bourouissa: ‘There Is Poetry Inside the Streets’

Renaissance masterpieces from Uffizi Gallery to travel across Tuscany

Kader Attia will curate the next Berlin Biennale

After 20 years at the helm, Macgregor will leave her position in October

How Lockdown Taught Me To Live With Art

Unlike spare bedrooms, museums and galleries are designed to engineer your critical consent