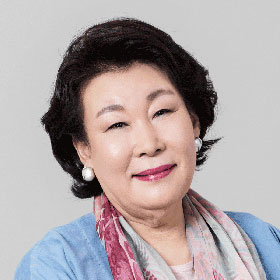 This year Haegue Yang celebrated her debut exhibition with Kukje Gallery in style, transforming Hyun-Sook Lee’s Seoul space into a futuristic landscape complete with a soundtrack: AD 2000 by the Korean singer Hae-kyung Min. Signing Yang was something of a coup for the gallery, given the artist’s current ubiquity (not least opening the new MoMA in New York with her dancing sculptures), but then it’s not as if Lee isn’t used to managing global art stars. In August, Danish collective Superflex took over her Busan outpost, while Ugo Rondinone exhibited in Seoul in May. Joining Yang on the gallery’s artist list were Elmgreen & Dragset, who in March graced the Seoul galleries with a giant sculpture of a human tailbone and a series of abstract paintings created using road-marking paint; while in January, in a demonstration of Lee’s range, the veteran Korean painter Min Joung-Ki exhibited 14 new paintings and 21 examples of his early work.

The erasure of India’s lowest caste; opposing the colonising gaze with Trinh T. Minh-ha; and finding resistance in obliquity

An ‘arte povera’, reclaimed for a new revolution today, must redirect attention onto the histories and structures that shape its production

Mixing fiction writing with art making, ‘Words at an Exhibition: an exhibition in ten chapters and five poems’ opened this week

The Collective Using Gardening to Strike Up Conversation

In our series of interviews with the artists of the Brent Biennial, meet Avant Gardening

‘London Became a Strange Place... a Different Set of Rules Was Applicable’

Dan Mitchell on how mining the work of J.G. Ballard for the Brent Biennial became all-too relevant during lockdown

Join ArtReview and David Blandy 8,000 Years in the Future

Partnering with the Brent Biennial, ArtReview is hosting an online roleplaying game devised by the British artist

The London Borough Ruled by Highly-Evolved Birds and Feuding Cats

David Blandy, for the Brent Biennial, imagines Harlesden 8,000 years in the future

Working with artists who have produced new commissions for the London borough’s network of public and community libraries, ArtReview will stage three public events

How to Get Past the Doorman at Berghain

The Berlin nightclub transforms into an art gallery