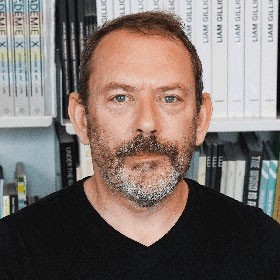 In 2017 the artist worked on a concert with New Order; this year a documentary film of the collaboration was released alongside a live album. Times change, but Gillick keeps his eye trained on the intersection of aesthetics and capital, as he has done for the past two decades. While his output ranges from architectural installation to sculpture, his videoworks took centre stage at the Madre Museum in Naples this summer. If his work affects the corporate aesthetic – his exhibition at Maureen Paley, London, in September consisted of slick architectural interventions and more films – then visitors to Kunsthalle Wien in July would have been reassured that Gillick puts his heart and soul into his work, as they witnessed the production of a feature film he is making with Austrian collective Gelitin. He is equally influential behind closed doors, sitting on the steering committee of Maja Hoffmann’s Luma Foundation. With such consistent success, Gillick’s blue Mondays should be few and far between.