Most influential people in 2016 in the contemporary artworld 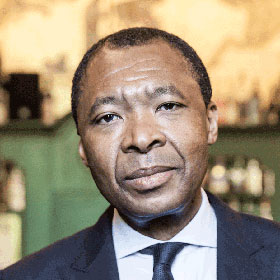 This wasn’t the banner year for Okwui Enwezor that 2015 was, when the curator, critic, former poet and Kassel-to-Gwangju veteran became the first African-born director of the Venice Biennale. Still, a routine year for Enwezor nevertheless involved Performa’s annual gala being dedicated to him; officially this was for his catalytic role in raising the visibility of South African art, though the visibility of art from all of Africa and the diaspora would, surely, be very different without Enwezor’s evangelising over the 20 years since his first major curatorial project. Meanwhile, the typically ambitious programme he oversees at Munich’s Haus der Kunst included major monographic shows (James Casebere, Michael Buthe and an upcoming one by Joana Hadjithomas & Khalil Joreige), and the whopping global survey Postwar – Art Between the Pacific and the Atlantic 1945–65. In January he signed on for another five years at HDK: a no-brainer on its part, though Enwezor will no doubt pop up in many other places too.