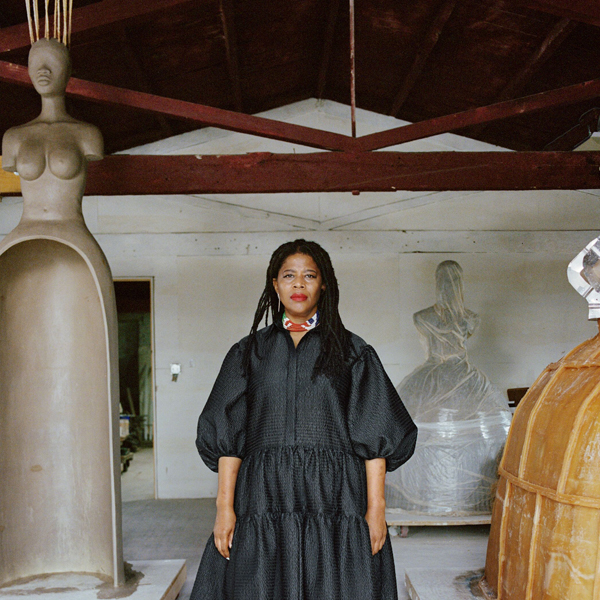 ‘There really aren’t any large-scale public representations of Black women or African American women’s history on the campus,’ said Gwendolyn DuBois Shaw of the University of Pennsylvania. She might as well have been talking about art history at large, but Leigh, who in November installed an almost-5m-high bronze bust at the college, is changing that. An edition of the bust took the inaugural High Line plinth commission last year, on show through March. In 2022 she will be the first Black woman to represent the US at the Venice Biennale. This year, Leigh had a solo show at David Kordansky Gallery, Los Angeles; joined Hauser & Wirth; and hit an auction record when a sculpture sold for $403,200 at Sotheby’s in October. ‘I feel like I’m a part of a larger group of artists and thinkers who have reached critical mass,’ Leigh told The New York Times. ‘And despite the really horrific climate that we’ve reached, it still doesn’t distract me from the fact of how amazing it is to be a Black artist right now.’