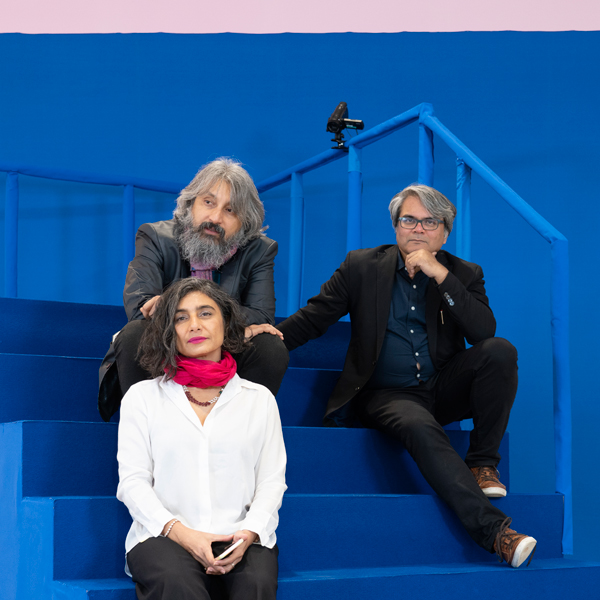 ‘We are now in the afterglow of an unfamiliar, viral, and partly unreadable time,’ wrote the three members of Raqs Media Collective in the catalogue, or Sourcebook, for the Yokohama Triennale, which the New Delhi-based group curated this year. The show featured 67 artists attempting to make sense of these confusing times, more than half showing in Japan for the first time. And Raqs remains pioneering in the way that it has apparently seamlessly folded academic research and curating largescale exhibitions (which include iterations of Manifesta and the Shanghai Biennale) into its practice, grounded in a form of ‘kinetic contemplation’ that accepts and exploits the potential of disorientation within the passage of space and time. That made Raqs well placed to produce a new videowork, 31 days, online as part of HKW’s CC: World project examining the shape and form of conversation in the midst of lockdowns and a pandemic.