With over thirty participating galleries and three days of events, Mayfair Art Weekend opens with its Gallery HOP! on Friday 28th June – an evening of previews with galleries hosting special evening viewings and events from 6-8pm (with drinks sponsored by Bird In Hand).

In the lead-up to Gallery HOP! each week ArtReview is publishing a specially themed tour guide, to help you decide what to see and where to start in Mayfair’s busy art neighbourhood. 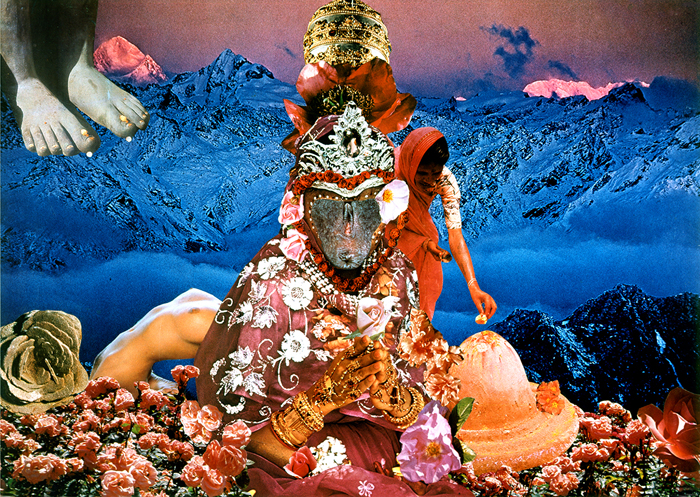 The human body might be the oldest subject in the history of Western art, but it’s also the most inexhaustible. Arguments over the body – from reproductive rights to gender fluidity, from body image anxiety to pornography, even the possibility in the digital age of escaping the flesh entirely – continue to shape our society. So it’s inevitable that in the expanded field of contemporary art the body is variously a battleground, a playground, a prison, a portal to enlightenment and a burden. They’re all here, on the ‘embodied beings tour’… read now

The Abstract to Pop Tour

From the 1920s to the 1960s, abstract art was a vibrant, global phenomenon, erupting in Europe and making waves (and squares and circles) everywhere from the US to Latin America and Asia; from the ultra-rational ideals of geometric abstraction starting in Soviet Russia to the more emotional, existential gestures of lyrical and expressionist abstraction that would become prominent in in Europe and America after the Second World War. The Abstract to Pop Tour takes you from an early pioneer of geometric, socially-minded abstraction, through to the introspective abstract painting of Paris in the 1950s, which set the stage for new turn in art – towards the society of the postwar era, one in which art would take on consumerism as well as politics. So, if you want a concentrated dose of art history, start here…read now

What came first? The idea or the execution? In the business world you’ll hear battle cries between CEOs who alternately spout phrases like ‘ideas are currency!’ and ‘execution is everything!’ For conceptual artists it’s all about the egg (because the chicken obviously came after*), where – and ArtReview might get in trouble for positing this – the idea for a work of art takes precedence over the actual making of it. That’s not to say that the end result is any less important, but as Sol LeWitt once wrote, ‘all of the planning and decisions are made beforehand and the execution is a perfunctory affair. The idea becomes a machine that makes the art.’

Now that that’s sorted, the eggs have been scrambled and ArtReview has fed you a quote with which to garnish your omelette of artworld knowledge and impress your friends as you stride the streets of Mayfair, it’s time to flap those vestigial wings and head off on the Conceptual Curveball Tour… read now

It’s been a century since the idea of abstraction radically transformed the landscape of artistic expression, and many artists are still mining its depths and possibilities. So while Tour 2 took you from the origin of abstraction in early twentieth-century art to the postwar period, here’s a tour that will help you trace the way these various legacies continue to inform and inspire abstract practices today. ArtReview couldn’t tell you whether Jon Schueler, whose painting you’ll encounter on this tour, was being purposefully trite when he lucidly made this observation of himself and his peers: ‘We were all derivative… [We] couldn’t admit it… because originality was the password’. But it likes to think that that sort of introspection and removal of the self is quite fitting for a contemporary abstract artist – and anyway, ArtReview likes honesty. In the meantime, let’s get to the concrete stuff… read now

The ten artists’ bursaries will be announced in late June

Your Guide to Gallery Weekend Beijing

From Wang Jiajia at SPURS Gallery to ‘Meditations in an Emergency’ at UCCA, the best from BGW’s fourth edition

Notes on the self and Stefan Zweig – among others

The Berlin artworld is tentatively reopening. But what happens to exhibitions that are premised on intimate interaction?

The artist’s works, exhibited at London’s Freud Museum, are fraught with psychological angst

The filmmaker has released an animated short he made in 2015, in collaboration with composer Marek Zebrowski

Beyond Measure: Artists Expose the Absurdity of Normality